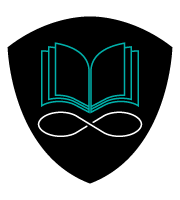 Five Days of Summer is a unique program that uses an in-depth approach to learning, allowing students to accomplish big goals in a small amount of time.

Whether your child has summer reading/math assignments to complete or wants to
sharpen math and literacy skills, our teachers provide the guidance necessary to
minimize anxiety and maximize results.

Complete our contact form and we will call you to discuss which courses are best suited to fulfill your child’s needs.

Register for FIVE DAYS OF SUMMER

All courses are designed to review, expand, and manipulate math skills in a comprehensive and authentic way. Each course is themed to incorporate a summative project that is built upon daily, showing students how
the skills can be used simultaneously in order to
better appreciate the end result.

The focus of our literacy courses is to assist students in the comprehension and analysis process when reading a book. Through instructional modeling (with a “book club” feel) we will examine multiple literary elements, explore central themes and motifs, and consider book/author criticism. Each course is themed to a specific genre and books will be chosen according to student participants from the best of adolescent/adult literature.

Have you ever completed a book and wished that the story didn’t end? Join us this summer and become immersed in some of our favorite series. Popular choices may include (but are not limited to) Percy Jackson, Twilight, Hunger Games, Divergent, Harry Potter, or even Narnia. Each course will concentrate on a specific series, allowing us
to dive deep into discussion and contemplate multiple perspectives
and interpretations. By the end of the week you’ll be ready to continue the story.

Can You Imagine? Fantasy Genre

Travel to a new place, where events are all but ordinary and the element of magic an absolute necessity. We will discuss the literary elements that are central to the fantasy genre, as well as reflect on the descriptive and character analysis needed in order to make the reader a believer.

Become a reading detective and try and solve a mysterious death or crime. We will discuss the mystery plot structure and investigate the elements needed for suspense and dynamic twists.

American Literature was shaped by the history of the country that produced it: disillusionment, depression, freedom, and postmodernism
to list a few. The style and form is unique and varied. We will concentrate on selections from some of the most popular authors including (but not limited to): Twain, Morrison, Lee, Fitzgerald, Steinbeck, Plath, O’Brien,
or Hurston.

British Literature is some of the most famous and fascinating literature ever written, reflecting the evolution of Western civilization and British Identity. We will concentrate on selections from the Modern English Period including (but not limited to): Austen, Shelley, Joyce, Conrad, Orwell, or Wilde.

This course will teach you how to write utilizing textual evidence. We will help students understand how to research and support their conclusions by analyzing text, finding the best evidence, paraphrasing, using direct quotations, and discovering how to approach the writing process in an efficient, effective way… making it easy to tackle any written assignment.

Learn just how entertaining participating in a Book Club can be!
This course will tackle a controversial text and model and teach how thinking about the context can lead to worthwhile discussions. Students will have the opportunity to participate in the discovery process of reading critically.